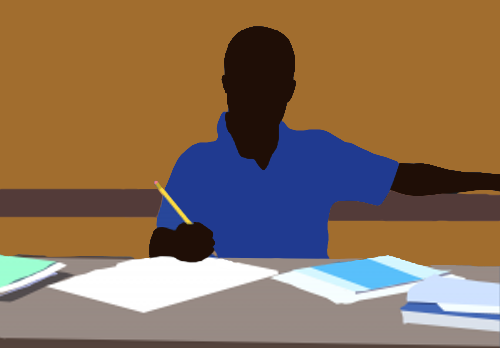 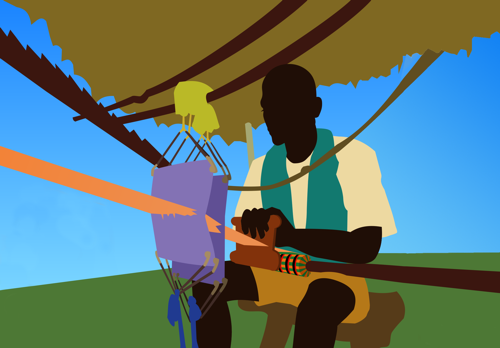 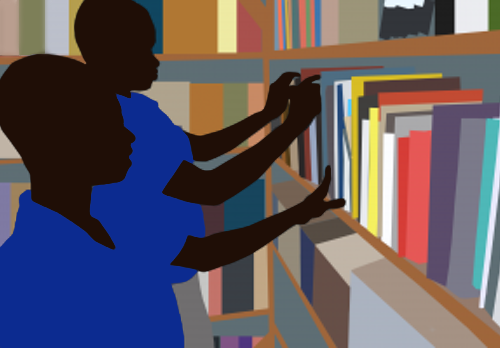 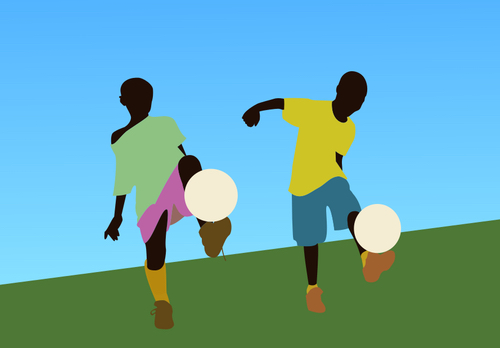 Trinity Yard School educates and empowers the youth of Cape Three Points by providing a fee-free secondary education and career training. Our core mission is to honor the potential of young Ghanaians by expanding their educational opportunities.

For the majority of Ghanaian students, formal education ends after middle school. Without the foundation and qualifications to pursue higher education or an apprenticeship, most see their economic opportunities shrink; many fall further into poverty. The Bridge Program is designed to “bridge” this gap in the present education system.

It provides a two-year, fee-free secondary education focusing on the core subjects of English, reading comprehension, math and science, social studies, art and information technology (IT). The working farm on our campus is an integral part of our curriculum, giving students – many of whom come from farming communities – a deeper understanding of sustainability and ecology. Every Wednesday “Green Day” is devoted to exploring both the theoretical and practical aspects of sustainable agriculture.

To date, more than 153 students have completed the Bridge Program, achieving a 100% literacy rate compared to 76% of their peers nationwide. With our current capacity, we are able to enroll 33% of all local Junior High School graduates.

To preserve and maintain Ghanaian cultural heritage, we teach traditional arts such as kente weaving, drumming and dancing, batik cloth dyeing and more.

The CDP starts for students in the Bridge Program by exposing them to many career options through a series of workshops. Following graduation the CDP facilitates the graduates placement in; senior high schools, vocational institutions, and/or apprenticeship programs.  This facilitation includes financial, logistical and emotional support to ensure their complete success.

Trinity Yard has 124 CDP students and graduates, with 77% of our alumni gainfully employed compared to 58% of their peers nationwide at conventional secondary schools, many of whom come from larger communities with better public school options.

"Through the CDP I was given a three year apprenticeship with a master tailor, all my expenses were paid and all the support and tools I needed were given. I can boldly say, without TYS I would not be where I am today."

Overlooking the Gulf of Guinea, the Trinity Yard School Library is the core of the School’s seven-sided building and the proud home to thousands of donated books. The Library is efficiently organized by genre and comprehension level. For students with limited literacy skills, we offer a variety of progressive early reader programs, and for all students the Library provides a wealth of resources for their literacy progression.

By improving the local literacy rates we are securing the future prosperity of this community and its place in the 21st century.

The after school program serves local students in 5th and 6th grade, offering workshops in performing Arts, Music, and Science, with a focus on English, Reading, and Writing. Due to an increase in demand for the program, we are doubling our capacity and will include 3rd and 4th graders. In 2022 we expect to serve and feed 150 students per week.

Our after-school program for local middle school students aims to improve the literacy rate, academic performance and self-esteem for youth of the surrounding communities.

Trinity Yard F.C. was founded in 2010 by board member John DaCosta, who has inspired the club through his experience as a player and his love for the beautiful game. Consisting of players from the villages of Cape Three Point and Akwiddea, our program serves players in three age brackets; U-13, U-12, and U-17. We have competed in township matches and regional tournaments, and our record proves we stand near the top three clubs in the entire Western region.

The team has served as an avenue for players to develop their skills through daily after-school trainings and organized matches on Sundays on the famous Cape Three Point beach-front pitch. The club offers yet another way in which TYS works to build community through positive engagement of all. Watching a match in the cool of the day looking out across the Gulf of Guinea, with the pitch crowded by enthusiastic spectators, kids running up and down the sidelines and skills displayed, is an uplifting sight to behold.

We are honored to represent a talented 11-year-old player on our U-13 team, named Stephen Addea, who has been discovered by and Accra based Club, Scores Football Academy during a regional competition. Stephen is now attending the Academy in Accra developing into one the best young players to have ever come out of Cape Three Points.

We are honored to reintroduce surfing to a culture that founded the very practice on wooden planks. Meet the brave TYS surf team, led by our very own alumni, Desmond, who first surfed his first wave on our beach six years ago. Training takes place three days a week, and when the conditions are rough, members learn about ding repair, water safety, and beach clean-ups. Students love the surfing program; in just 6 months of training, they are paddling into deeper-water point breaks that provide the better-shaped waves in the area.

The surf program gives students confidence and camaraderie, which benefits them both in the water and in the classroom.

Learn about our Farm

©2023 All right Reserved Trinity Yard School
We use cookies on our website to give you the most relevant experience by remembering your preferences and repeat visits. By clicking “Accept All”, you consent to the use of ALL the cookies. However, you may visit "Cookie Settings" to provide a controlled consent.
Cookie SettingsAccept All
Manage consent

This website uses cookies to improve your experience while you navigate through the website. Out of these, the cookies that are categorized as necessary are stored on your browser as they are essential for the working of basic functionalities of the website. We also use third-party cookies that help us analyze and understand how you use this website. These cookies will be stored in your browser only with your consent. You also have the option to opt-out of these cookies. But opting out of some of these cookies may affect your browsing experience.
Necessary Always Enabled
Necessary cookies are absolutely essential for the website to function properly. These cookies ensure basic functionalities and security features of the website, anonymously.
Functional
Functional cookies help to perform certain functionalities like sharing the content of the website on social media platforms, collect feedbacks, and other third-party features.
Performance
Performance cookies are used to understand and analyze the key performance indexes of the website which helps in delivering a better user experience for the visitors.
Analytics
Analytical cookies are used to understand how visitors interact with the website. These cookies help provide information on metrics the number of visitors, bounce rate, traffic source, etc.
Advertisement
Advertisement cookies are used to provide visitors with relevant ads and marketing campaigns. These cookies track visitors across websites and collect information to provide customized ads.
Others
Other uncategorized cookies are those that are being analyzed and have not been classified into a category as yet.
SAVE & ACCEPT
Skip to content
Share via
Facebook
Twitter
LinkedIn
Mix
Email
Print
Copy Link
Powered by Social Snap
Copy link
CopyCopied
Powered by Social Snap